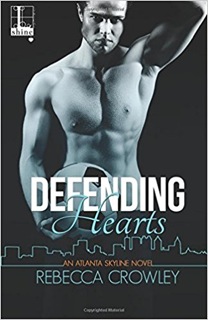 When The Pitch Gets Personal

Atlanta Skyline’s star Swedish wingback Oz Terim-or as the fans call him, the Wizard-has an airtight plan for his life, his career, even his meticulously renovated house, but he barely gives a thought to the Islamic faith he inherited from his Turkish parents. So no one’s more surprised than he is when he’s the victim of anti-Muslim hate crime. Refusing to take the threat seriously, he resists the security detail Skyline insists on . . . until he meets Kate Mitchell. There’s no room for her in his plan and she’s the exact opposite of what he wants. Then why can’t he keep his hands off her?

After ten years in the military-and getting fired from her first post-Army job in Saudi Arabia-Kate Mitchell has slunk home to her Georgia roots. Private security isn’t the career she dreamed of, nor is she thrilled to work with an uptight professional athlete who plays a sport she has no interest in. She never expected to be attracted to him-or for him to fall for her, too. As their opposite lives tangle up-and the threat against Oz grows more serious-Kate has to decide who she wants to be in life and in love.

“A well-crafted and very enjoyable sports romance that also delves into a timely subplot of the challenges faced by immigrants to America . . . Crossing Hearts delivers an exciting and passionate read.” -allaboutromance.com

This was my first read by author Rebecca Crowley and I’m not usually a big fan of sports romances but this book is so much more than just a sports romance.

This book follows Oz, who is a professional soccer player, and Kate, who works for a security firm hired to help protect Oz. He’s been receiving threatening messages based on his Muslim faith and gradually they become more than just idle threats. Kate is with him every step of the way and over time Oz realizes he can’t fight his attraction to her. He has a very specific plan, and he’s not to sure how well she will fit into the plan but he can’t resist her any longer.

This author brought such a well rounded book; there’s romance, there’s action, there’s suspense and drama. I don’t generally like politics to intrude into my movies, books, or music and when they do I just glaze over those parts. But the Islamophobic hate crimes that Oz deals with are too realistic to ignore. This book was very engrossing – once I started reading I couldn’t put it down. I think this is a book that everyone could enjoy! 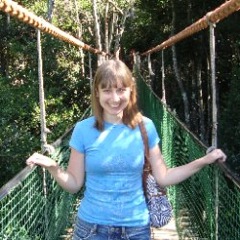 Rebecca Crowley inherited her love of romance from her mom, who taught her to at least partially judge a book by the steaminess of its cover. She writes contemporary romance and romantic suspense with smart heroines and swoon-worthy heroes, and never tires of the happily-ever-after. Having pulled up her Kansas roots to live in New York City and London, Rebecca currently resides in Johannesburg, South Africa.

1 thought on “my Review of Defending Hearts by Rebecca Crowley”