For June we’re going back to another series that I read as a child.  The Chronicles of Narnia by C. S. Lewis is one of those series that I read as a child (I believe I was in elementary school) and I may not have quite understood the deeper metaphors that were present in the books.  I have been meaning to re-read them as an adult to see if I have a greater appreciation & understanding of them, I just haven’t quite found the time to start the series.  I have a few friends that have re-read the books as adults and they have said they were even more interesting than when originally read as a youth.

I also found out that the reading order has been changed, so I believe that’s all the inspiration I need to actual start re-reading.  The new order (which is the order that I list them below) is supposed to be based on the chronological events in the series.  For some situations, I am not a big fan of things staying the same just because they’ve always been that way – but when it comes to book series & movies from my childhood, I like things to stay the same forever (example: the new remake of Dirty Dancing – I absolutely refuse to watch).  However, I am eager to see if the new order helps make the series flow better or makes it easier to follow.  I have also listed below the number of the publication order, in case anyone wanted to read it as the author originally published.  Anyone that has read the books in both orders – which do you prefer?  Let me know.

I do believe this series is a set of books that can be enjoyed by all ages; it’s got the whole fantasy going that really draws a child’s attention but it is full of deeper imagery and metaphors that will keep an adult interested in the series as well.  I am excited to start this ‘new’ adventure again!

When Digory and Polly are tricked by Digory’s peculiar Uncle Andrew into becoming part of an experiment, they set off on the adventure of a lifetime. What happens to the children when they touch Uncle Andrew’s magic rings is far beyond anything even the old magician could have imagined.

Hurtled into the Wood between the Worlds, the children soon find that they can enter many worlds through the mysterious pools there. In one world they encounter the evil Queen Jadis, who wreaks havoc in the streets of London when she is accidentally brought back with them. When they finally manage to pull her out of London, unintentionally taking along Uncle Andrew and a coachman with his horse, they find themselves in what will come to be known as the land of Narnia.

They open a door and enter a world

NARNIA…the land beyond the wardrobe, the secret country known only to Peter, Susan, Edmund, and Lucy…the place where the adventure begins.

Lucy is the first to find the secret of the wardrobe in the professor’s mysterious old house. At first, no one believes her when she tells of her adventures in the land of Narnia. But soon Edmund and then Peter and Susan discover the Magic and meet Aslan, the Great Lion, for themselves. In the blink of an eye, their lives are changed forever.

The Horse and his Boy is a stirring and dramatic fantasy story that finds a young boy named Shasta on the run from his homeland with the talking horse, Bree. When the pair discover a deadly plot by the Calormen people to conquer the land of Narnia, the race is on to warn the inhabitants of the impending danger and to rescue them all from certain death.

The Pevensie siblings are back to help a prince denied his rightful throne as he gathers an army in a desperate attempt to rid his land of a false king. But in the end, it is a battle of honor between two men alone that will decide the fate of an entire world. 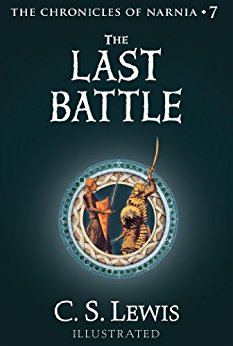 Lucy and Edmund, with their dreadful cousin Eustace, get magically pulled into a painting of a ship at sea. That ship is the Dawn Treader, and on board is Caspian, King of Narnia. He and his companions, including Reepicheep, the valiant warrior mouse, are searching for seven lost lords of Narnia, and their voyage will take them to the edge of the world. Their adventures include being captured by slave traders, a much-too-close encounter with a dragon, and visits to many enchanted islands, including the place where dreams come true.

Jill and Eustace must rescue the Prince from the evil Witch.

NARNIA…where owls are wise, where some of the giants like to snack on humans, where a prince is put under an evil spell…and where the adventure begins.

Eustace and Jill escape from the bullies at school through a strange door in the wall, which, for once, is unlocked. It leads to the open moor…or does it? Once again Aslan has a task for the children, and Narnia needs them. Through dangers untold and caverns deep and dark, they pursue the quest that brings them face and face with the evil Witch. She must be defeated if Prince Rillian is to be saved.

This edition of Lewis’s classic fantasy fiction is packaged specifically for adults. Complementing the look of the author’s non-fiction books, and anticipating the forthcoming Narnia feature films, this edition contains an exclusive P.S. section about the history of the book, plus a round-up of the first six titles.