One of my favorite book series that I read as a kid (even more than the Harry Potter books) was the Anne of Green Gables series by L. M. Montgomery.  I think I read the first book in the series when I was still in elementary school, and I remember I read it so much that year that my parents bought me the boxed set of the 8 books in the series for Christmas.  There are other books/published works that the author put out that include the character Anne Shirley but there are 8 books that are focused fully on Anne Shirley and her family.  (I even have the VHS tapes for the film series that starred Megan Follows and Jonathan Crombie – but we’re talking about the books here).  L.M. Montgomery created a whole new world for me with these books and even now as an adult I will sometimes break them back out & re-read so I can take a trip back to Avonlea.

I don’t know if I could pinpoint exactly which book in the series is my favorite but if the condition of my paperbacks are any indication it would be a tie between #1, #3 & #7/8.  Obviously the first book is the one that caught my attention and made me fall in love with the characters.  I distinctly remembering that I wanted to be like Anne so much because she loved with her whole heart and she carried that innocence with her through all the troubles she had; throughout the entire series you can see that Anne keeps her youthful imagination.  I think the main reason I like Anne of the Island so much is because Anne finally realizes how much she truly cares for Gilbert.  Even as a pre-teen I knew that their love was a forever kind of love. And I think the main reason I enjoy Rainbow Valley & Rilla of Ingleside is because Anne’s children are so much like her.  Usually when an author finishes a longer series like this it’s almost like the characters just end.  That’s why I love how the author let the story continue through the Blythe children.  There are so many things that I could say about this series, that I could literally type all day. 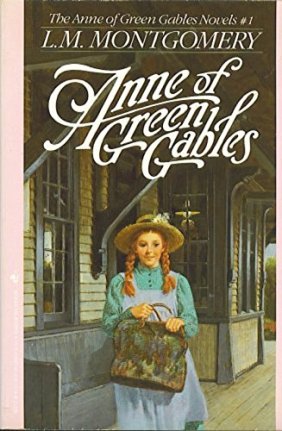 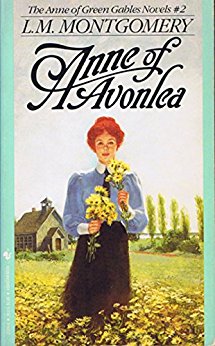 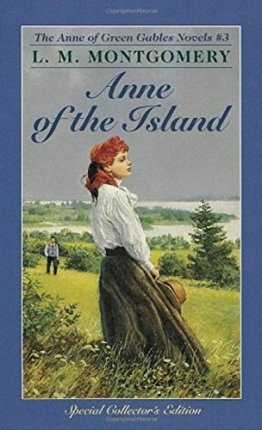 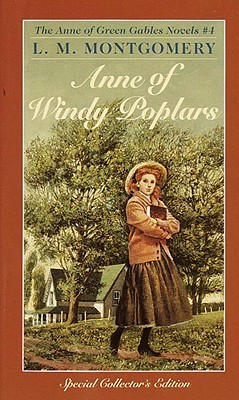 Marilla Cuthbert and Matthew Cuthbert, middle-aged siblings who live together at Green Gables, a farm in Avonlea, on Prince Edward Island, decide to adopt a boy from an orphan asylum in Nova Scotia as a helper on their farm. Through a series of mishaps, the person who ends up under their roof is a precocious girl of eleven named Anne Shirley. Anne is bright and quick, eager to please but dissatisfied with her name, her pale countenance dotted with freckles, and with her long braids of red hair. Being a child of imagination, however, Anne takes much joy in life, and adapts quickly, thriving in the environment of Prince Edward Island.

Following Anne of Green Gables, this book covers the second chapter in the life of Anne Shirley. This book follows Anne from the age of 16 to 18, during the two years that she teaches at Avonlea school. It includes many of the characters from Anne of Green Gables, as well as new ones like Mr Harrison, Miss Lavendar Lewis, Paul Irving, and the twins Dora and Davy.

This is the continuing story of Anne Shirley and the third book in the Anne of Green Gables series. Anne attends Redmond College in Kingsport, where she is studying for her BA. The book is dedicated to “all the girls all over the world who have “wanted more” about ANNE.” There was a gap of six years between the publications of Anne of Avonlea and the publication of this book.

Anne Shirley has left Redmond College behind to begin a new job and a new chapter of her life away from Green Gables. Now she faces a new challenge: the Pringles. They’re known as the royal family of Summerside – and they quickly let Anne know she is not the person they had wanted as principal of Summerside High School. But as she settles into the cozy tower room at Windy Poplars, Anne finds she has great allies in the widows Aunt Kate and Aunt Chatty – and in their irrepressible housekeeper, Rebecca Dew. As Anne learns Summerside’s strangest secrets, winning the support of the prickly Pringles becomes only the first of her triumphs. 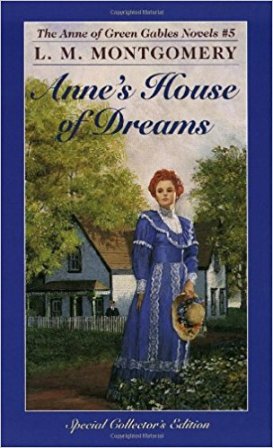 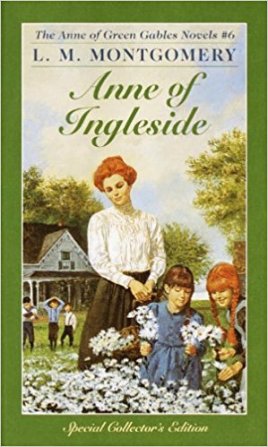 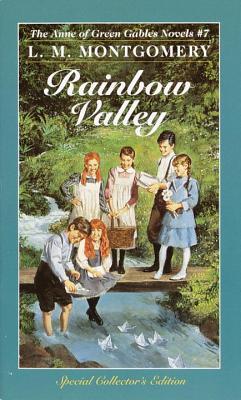 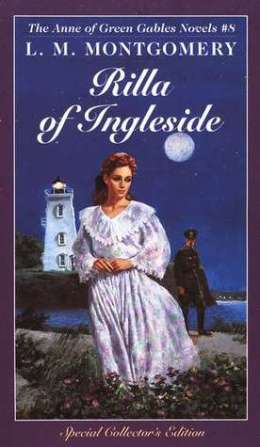 Anne’s own true love, Gilbert Blythe, is finally a doctor, and in the sunshine of the old orchard, among their dearest friends, they are about to speak their vows. Soon the happy couple will be bound for a new life together and their own dream house, on the misty purple shores of Four Winds Harbor.

Anne is the mother of five, with never a dull  moment in her lively home. And now with a new baby on  the way and insufferable Aunt Mary Maria visiting  — and wearing out her welcome — Anne’s life is  full to bursting.
Still Mrs. Doctor can’t  think of any place she’d rather be than her own  beloved Ingleside. Until the day she begins to worry  that her adored Gilbert doesn’t love her anymore.  How could that be? She may be a little older, but  she’s still the same irrepressible, irreplaceable  redhead — the wonderful Anne of Green Gables, all  grown up. . . She’s ready to make her cherished  husband fall in love with her all over again!

Anne Shirley is grown up, has married her beloved  Gilbert and now is the mother of six mischievous  children.
These boys and girls discover a  special place all their own, but they never dream  of what will happen when the strangest family  moves into an old nearby mansion. The Meredith clan is  two boys and two girls, with minister father but  no mother — and a runaway girl named Mary Vance.  Soon the Meredith kids join Anne’s children in  their private hideout to carry out their plans to save  Mary from the orphanage, to help the lonely  minister find happiness, and to keep a pet rooster from  the soup pot. There’s always an adventure brewing  in the sun-dappled world of Rainbow Valley.

Anne’s children were almost grown up, except for  pretty, high-spirited Rilla. No one could resist  her bright hazel eyes and dazzling smile. Rilla,  almost fifteen, can’t think any further ahead than  going to her very first dance at the Four Winds  lighthouse and getting her first kiss from  handsome Kenneth Ford. But undreamed-of challenges  await the irrepressible Rilla when the world of  Ingleside becomes endangered by a far-off war. Her  brothers go off to fight, and Rilla brings home an  orphaned newborn in a soup tureen. She is swept into  a drama that tests her courage and leaves her changed forever.