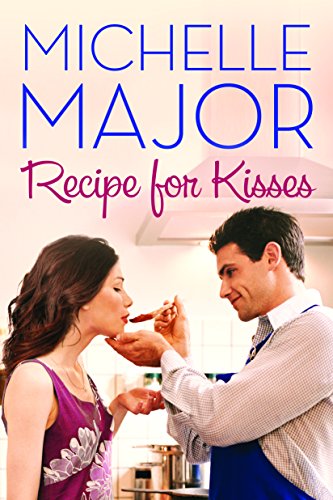 Brief Synopsis
Chloe Daniels has had it rough when it comes to relationships. After finally leaving an unhealthy marriage, she decides to use her experience to help other women overcome the same physical & emotional abuse that she herself went through using the money from her toy store in order to do so.

In walks Ben ‘the Beast’ Haddox. He wants to open his new restaurant in one location – Chloe’s toy store. They start a little friendly competition to see which one of them gets the location and with that comes some sparks that hint at more than a friendship between them. The question is, is Chloe really ready for ‘the Beast’?

My Thoughts
This is my first Michelle Major book but I already can’t wait to read the rest of her work. I hate starting a series of books in the middle, but I couldn’t tell that this was a continuation & didn’t actually realize it until I had finished the book – so I excused myself this one time. The characters in this book are so lovable; women who are so strong to have overcome the rough pasts they have, kids who somehow managed to retain their innocent ways despite having an unpleasant upbringing, and a main male lead who wants to be seen as something more than what his publicist and TV show have made him out to be. They all had their own kind of battles to go through and it was great to see them all overcome their struggles.

Abuse of any kind, from any side of the relationship, is hard to read and I imagine the same goes for writing it. The author perfectly captured the changed personalities that you would imagine Chloe and her girls to have as well as for Ben; his character was written so well that I think I fell in love. Here is this big, broad man who has been known to have quite the temper and yet he always tries to be so gentle with Chloe knowing she has been hurt in the past. The painful history Chloe has is pretty dark and saddening but the entire book almost seems to have a hopeful air to it; Chloe is realizing that she isn’t as broken as she thought and Ben realizes that maybe there is more to him than what meets the eye. There were moments when I wanted to cry sad tears and moments when I wanted to cry happy tears; this read was definitely an emotional one but it was so worth it.